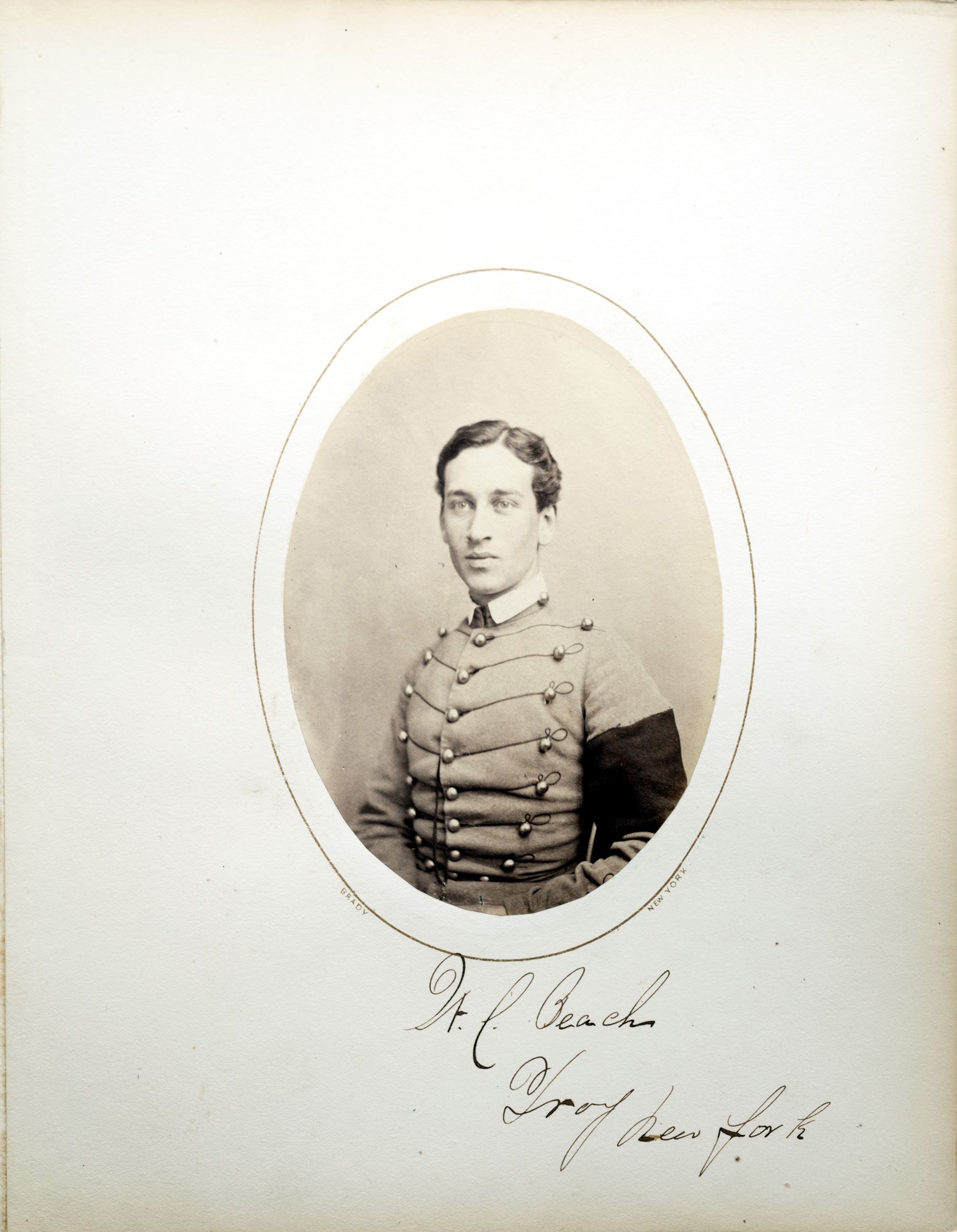 Beach is named for Captain Warren Beach of the Eleventh Infantry, who accompanied the Stanley railroad survey expedition here in 1873. It is the county seat of Golden Valley County.

Beach showed little growth in early years. It was just a small mark in the landscape, and until the Land Survey settled the question, no one was sure if it was in North Dakota or Montana.

About 1901 government engineers began working on the U.S. Land Survey, which had to be completed before homesteading could begin. The engineers lived in tents pitched near the railroad's section house.

It was at that time Beach growth began to take off. There was a grocery store, a "blind pig" saloon, a hotel, a church, an eating house, general merchandise store, a ladies' emporium, and a post office. Homesteaders were beginning to arrive. Before the days of the Beach train depot, the contents of the immigrant's cars were piled beside the tracks until they could be hauled out to hastily erected tents or tar paper homes. To care for these peoples' needs, stores and businesses of all kinds became necessary.

Beach became a village in 1907 and incorporated into a city in 1909. When Golden Valley County was organized in 1912, Beach became the temporary county seat by appointment and retained the position in the following general election.

A decade early in the century, 1905-1915, was the boom time for Beach. Telephones and electric lights arrived. The town pump was replaced by a deep well system. Elementary and high schools were built. A long line of grain elevators, referred to as 'prairie skyscrapers,' replaced the box cars. Beach was known as the world's largest primary grain market. The town had grown to include seven churches. During the next decade, 1915-1925, community growth declined. For whatever reason, the Beach Boom was over, and the city settled into a slower, easier pace, which Beach has maintained in the last 90+ years.